PRAY AND ACT NOW – THE APPALLING EQUALITY ACT OF 2019 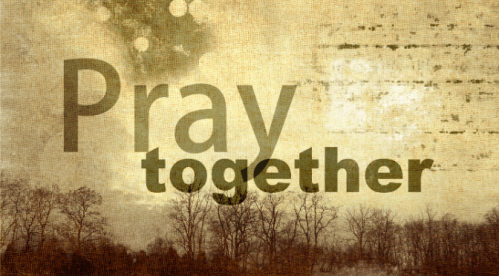 „The House Judiciary Committee has voted out the Equality Act of 2019. It now heads for a vote on the House floor with 240 co-sponsors, which means its passage is virtually certain.

The legislation amends all major civil rights law, including the 1964 Civil Rights Act, to include “sexual orientation” and “gender identity” along with race, sex and religion as classes that are protected from discrimination.

There is so much wrong here it is hard to know where to start.

My dictionary defines psychosis as “a severe mental disorder in which thought and emotions are so impaired that contact is lost with external reality.”

We now have a majority of members of Congress who are prepared to pass into law that the sex individuals are born with — their chromosomal and physical reality — will take a back seat to how those individuals choose to define their own sexual identity. Henceforth, we’ll be done with the idea that there is some objective reality independent of what of any particular individual decides it is.

I once complained that our society was denying morality — right and wrong. Now we’re beyond this. We’re denying reality in its entirety.

My impulse is to turn to heaven and pray to our God to save us.

But even the reality of our God, to whom the signers of the Declaration of Independence in 1776 turned for “protection,” and to whom they pledged “our Lives, our Fortunes and our sacred Honor,” is widely being brought into question.

The situation is dangerous. Hopefully, this disaster will be stopped.

First, let’s appreciate that this is oppression dressed up in language of freedom and justice.

Religious freedom goes out the window if this bill becomes law…”

1) Detroit was founded on July 24, 1701 by the French explorer and adventurer Antoine de la Mothe Cadillac and a party of settlers.

2) Detroit, Michigan is known as The Motor City. It received this nickname because Detroit was at one time the top automobile manufacturing city in the United States.

4) Is home to the second tallest hotel in North America, the Detroit Marriott Renaissance Center, at 73 stories.

5) Created the nation’s first soda, Vernors. It was created in Detroit by pharmacist James Vernor in 1862.

7) The city also ranks first in the nation in potato chip consumption per capita.

11) Back in 1960, the city of Detroit actually had the highest per-capita income in the entire nation.

15) Between December 2000 and December 2010, 48 percent of the manufacturing jobs in the state of Michigan were lost.

16) At this point, there are approximately 78,000 abandoned homes in the city.

17) The total assessed value of property in Detroit declined by 77% over the past 50 years in inflation-adjusted dollars.

19) About one-third of Detroit’s 140 square miles is either vacant or derelict.

21) An astounding 47 percent of the residents of the city of Detroit are functionally illiterate.

24) Less than half of the residents of Detroit over the age of 16 are working at this point.

25) If you can believe it, 60 percent of all children in the city of Detroit are living in poverty.

26) Detroit was once the fourth-largest city in the United States, but over the past 60 years the population of Detroit has fallen by 63 percent.

29) Only about a third of the ambulances are running.

30) Two-thirds of the parks in the city of Detroit have been permanently closed down since 2008.

31) The size of the police force in Detroit has been cut by about 40 percent over the past decade.

32) Its citizens wait on average more than 58 minutes for the police to respond to their calls, compared to a national average of 11 minutes.

33) The violent crime rate in Detroit is five times higher than the national average. Over 200.000 cases.

34) Detroit’s homicide rate is at the highest level in 40 years, and it has been named one of the most dangerous cities in America for more than 20 years.

35) The murder rate in Detroit is 11 times higher than it is in New York City.

36) Today, police solve less than 10 percent of the crimes that are committed in Detroit.

37) Crime has gotten so bad in Detroit that even the police are telling people to „enter Detroit at your own risk”.

38)Since 2000, the number of overdose-related deaths in Michigan has astronomically risen. In 2014 alone, the state experienced 568 opioid-related overdose deaths and 433 heroin-related deaths. Over the first 15 years of the 21st century, more than half of all overdose deaths were attributed to opioids including heroin.

39)There are hundreds of drug dealers from Detroit within Huntington city limits…if not more.